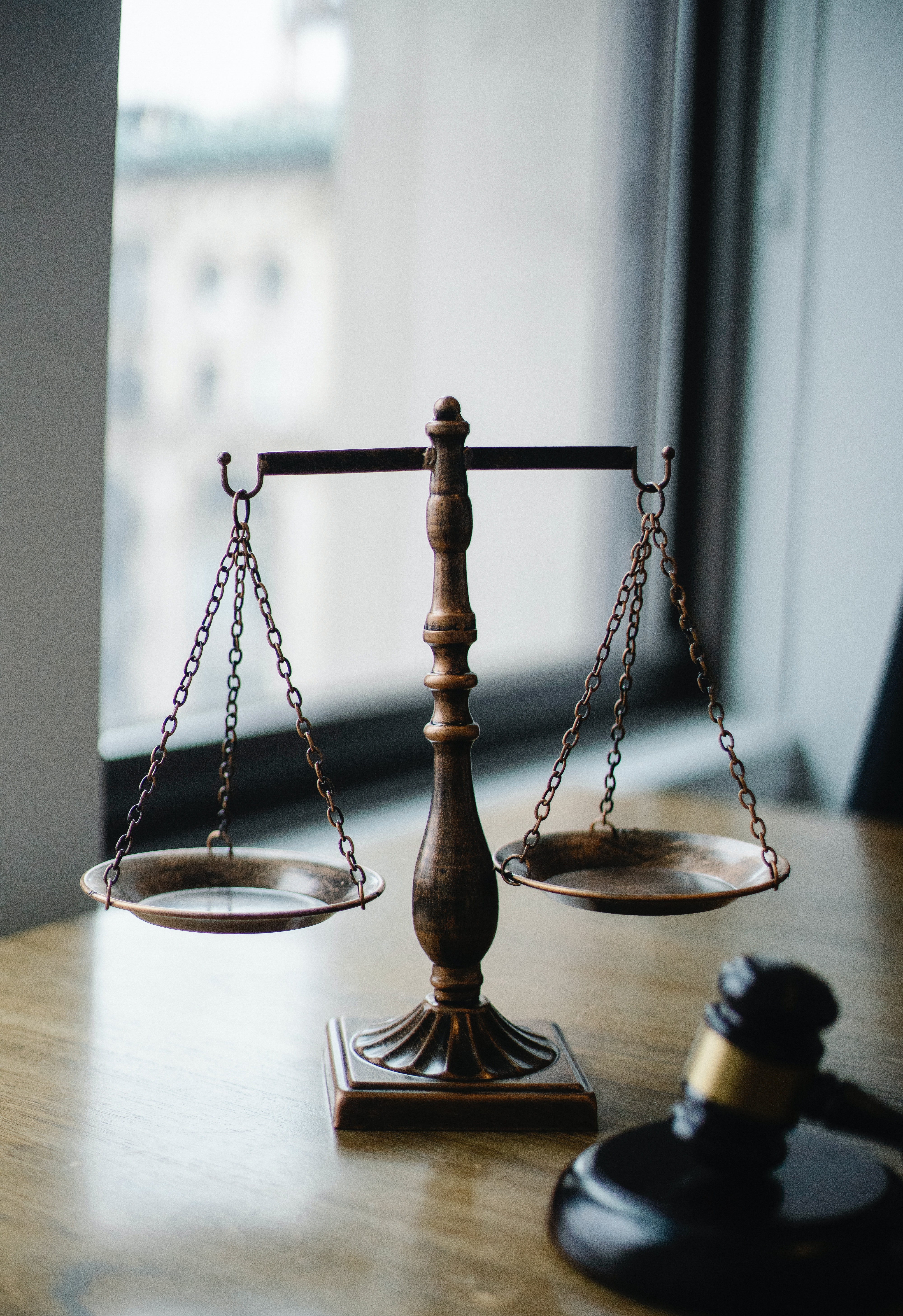 The Universal Law of Cause and Effect affirms that for every effect there is a definite cause and that for every cause there is an identifiable effect. Therefore, causality is the backbone of all science, logic, and progress. Certain things are universally understood and agreed upon by all rational beings, such as:

Gravity results in attraction between objects with mass.

Justice or fairness is receiving what is deserved.

In most cases, healthy individuals have the power to control their own thought processes and resulting behavior.

When The Law of Cause and Effect is applied within government and judicial systems it is known as The Rule of Law. The Rule of Law requires that all individuals and groups must submit to and be regulated by law. Accurate execution of The Rule of Law ensures thateveryone has equal rights and equal immunity from sanction and exploitation. The overall results are often considered to be Justice.

Justice has been defined as, "The attainment of what is just, especially that which is fair, moral, right, merited, or in accordance with the law." (thefreedictionary) Desire for Justice seems to be embedded in every decent human being. The Law of Cause and Effect and The Rule of Law (hereafter referred to as The Twin Laws)are the foundation of Justice and happiness.

Historically, The Twin Laws and Justice have dictated that the things people produce, the money they make, and the property they own, rightfully belong to them. Even more fundamental, it has been universally established that families belong to each other. Throughout recorded history the recognition and application of these fundamental principles has been the basis of nearly all prosperity, legal precedent, and successful government.

There have been many attacks on The Twin Laws and Justice. In ancient times many kings claimed to be gods who had power in heaven and earth and asserted that their everchanging and destructive edicts constituted ultimate law. In the middle ages the various political and church organizations routinely rejected and even executed scientists and scholars who attempted to propagate notions of natural law and Justice. In modern times the Nazis usurped authority over all science, education, and morality, resulting in the death of millions.

The greatest and most destructive attack on law-based civilization commenced with the publication of the Communist Manifesto in 1848. Some of the principles and practices of what came to be known as Marxism are as follows:

The government has ultimate control over everyone and everything.

All private property is abolished; everything belongs to the collective.

The family must be abolished along with every other private interest.

All history, tradition, religion, and morality must be replaced with socialist ideology.

So called "democratic socialists" dispute some of these things and other historical realities. They dismiss the fact that socialism has killed more than a hundred million people, saying that they will do it right the next time, avoiding past mistakes. The problem is that they strictly adhere to the fundamental principle and failure of socialism, that there can be no private property. Progressives insist that equality must be achieved and maintained through redistribution. Individual interests must be subservient to collective social justice.

But what exactly is "social justice" and how do you achieve it? Jayme Sellards has explained it well: "Social justice is the complete economic equality of all members of society. While this may sound like a lofty objective, what it really means is that wealth should be collected by the government and evenly distributed to everyone. In short, social justice is communism. It is rooted in the Marxist idea that the money people make and the property they own do not rightfully belong to the people who make the money and own the property." (americanthinker)

Since The Law of Cause and Effect, The Rule of Law, and Justice necessitate receiving natural consequences, or what is warranted, it is perfectly clear that "social justice" is a false concept that is actually the opposite or counterfeit of true Justice. It is as Thomas Sowell queried, "What is your 'fair share' of what someone else has worked for?"

Not only is redistribution by political fiat unlawful and unjust it is doomed to failure and will always result in shortage and suffering because it is inherently nonproductive and undercuts the integrity of everyone involved. Socialism can never be done "right" because it is fundamentally wrong. The socialist government takes everything of value (property, labor, money, free will, etc.) from the rightful owners to redistribute in an arbitrary and unfair manner. Pretending that governmental theft and control constitutes "social justice" is the age-old trick of Calling Evil Good.

Numerous attempts have been made to link Jesus Christ with "social justice." Let's see what he actually had to say about it. During his ministry Jesus taught the parable of the talents. Notice that he introduced the parable by telling us that it explains the heavenly way of doing things:

"Then he which had received the one talent came and said, Lord…I was afraid, and went and hid thy talent in the earth: lo, there thou hast that is thine. His lord answered and said unto him, Thou wicked and slothful servant…Thou oughtest therefore to have put my money to the exchangers, and then at my coming I should have received mine own with usury. Take therefore the talent from him, and give it unto him which hath ten talents. For unto every one that hath shall be given, and he shall have abundance: but from him that hath not shall be taken away even that which he hath. And cast ye the unprofitable servant into outer darkness: there shall be weeping and gnashing of teeth” (KJV Matthew 25:14–30).

Some biblical scholars consider the New Testament “talent” to be the monetary equivalent of sixteen years labor; a huge sum. Someone with a social justice mentality might expect the parable to end with Jesus taking from the one who ended up with ten talents and giving to the one who ended up with just one, or maybe splitting the talents equally between the three, or otherwise spreading the wealth around. But no, shockingly Jesus teaches that the Lord takes from the one who has the least and gives it to the one who has the most, and sends the non-productive one into outer darkness. Why? Clearly, part of the answer is that Lord requires productivity. One wise man explained it this way: “The non-producer must live on the products of those who labor. There is no other way.” (JD 19:45).

It's easy to understand why Jesus stressed the importance of accountability and productivity when his teachings are considered within the context of The Twin Laws and true Justice. His understanding and perfect application of The Law of Cause and Effect and correct principles of Justice should surprise no one. Most good leaders, ancient and modern, have followed the same wise principles. Marxist ideology is an aberration.

Recent studies and polls have indicated that support for organized religion is declining. Surely one the reasons for this is that many are preaching the false doctrine of "social justice," contrary to what Jesus taught, and this weak and dishonest doctrine is repelling to truth seekers. Jesus never called for the Roman Empire or the Sanhedrin to increase taxes to support the poor. Taking care of the needy was certainly a high priority for him but he taught that it should be done via individual choice and accountability, not government control.

Thus we see that Jesus did not believe in or try to implement counterfeit justice, and neither should we. In fact, we must fight the deep, dark, damning, deceptive nightmare of democratic socialism in order to prevent the death of another hundred million, which is a distinct possibility if Trump loses in 2020.