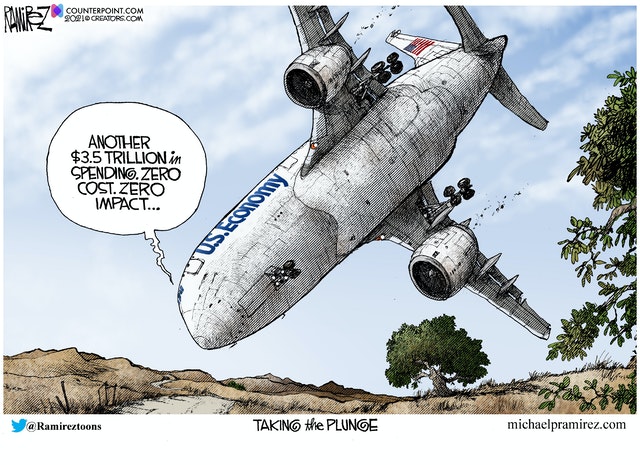 Why They Always Lie, Part 2

The book of Genesis gives an account of what led up to the great flood as follows:

And God saw that the wickedness of man was great in the earth, and that every imagination of the thoughts of his heart was only evil continually…And God said unto Noah, The end of all flesh is come before me; for the earth is filled with violence through them; and, behold, I will destroy them with the earth." (KJV Genesis 6:5,13)

Whether you believe this account is literal or not, it raises some interesting questions: Is it possible to think evil continually, and if it is, what are the consequences?

It seems like some good ideas might slip into even the most destructive streams of thought. Yet, there is something that makes continually evil thought possible and even common—and that something is ideology. A pervasive ideology, belief system, or worldview could certainly influence every thought and action.

Probably the best example of a pervasive ideology is the Marxist worldview that has been believed in and practiced by various totalitarians and is now being propagated by American Marxists, including many leading democrats.

If every thought is based on or filtered through false collectivist concepts, then every idea will have the taint of evil, and sow seeds of destruction. The following list of constantly repeated false concepts, including verification links, reveals the depth of the problem:

The constant drumming of these false concepts fits in with this historical explanation: "The socialist movement has followed an 'End Justifies the Means' program of deceit and destruction. F.A. Hayek explained it this way: 'The principle that the end justifies the means is in individualist ethics regarded as the denial of all morals. In collectivist ethics it becomes necessarily the supreme rule; there is literally nothing which the consistent collectivist must not be prepared to do if it serves 'the good of the whole.'"

Do socialists have some good intentions? Certainly, but everything they think is infected with false assumptions. And they justify lying to get and retain power under the delusion that it is for "the good of the whole."

Speaking of lies, we have just witnessed the biggest dollar lie in the history of the world. Creepy Joe just said that the cost of the 3.5+ trillion-dollar "Build Back Better Bill" would be "Zero Dollars. Zero." As Bob Barr observed, "This, of course, is a flat-out lie...[that] could very well wind up permanently wrecking our country's economy."

Ben Shapiro added: "In [Biden's] addled brain, allowing taxpayers to retain their own money is 'wasting money;' spending trillions of dollars on social programs that pervert market incentives and often achieve the precise opposite of their stated intentions is an 'investment'…All of this is predicated on a lie: that the state is the ultimate source of property and wealth."

All this should come as no surprise because, as previously noted "There is widespread online documentation of Joe Biden’s proclivity for lying, including numerous personal and political deceptions. John Carney summarized Biden’s history of lying this way: 'Biden lies unnecessarily, habitually, and without hesitation. When caught lying, he responds with nasty personal attacks…Biden represents an ideologically evil and morally bankrupt party which is willing to tolerate any atrocity in order to gain power."

What are the consequences of deceptive ideology? Biden's executive orders and policies quickly killed our energy independence and increased fuel costs by about 50%. Of course, the direct result was runaway inflation that has already cost us hundreds of billions of dollars. Biden-induced inflation (Bidenflation) has taken thousands of dollars out of our personal pockets and could result in national financial Armageddon, which by the way, democratic socialists would use as an excuse to seize more power.

Nate Jackson summed it up well saying: "Democrats are invested in opposing basic supply-and-demand economics…Free markets have lifted more people out of poverty than any other system. Leftists believe a relatively few politicos in DC can decide both supply and demand, and that they can run your life better than you do. That’s absurd."

What would be happening now if Trump was still the president? It is almost a surety that we would still have energy independence, low inflation, and a booming economy with houses and cars costing about a fourth less. My extra costs for basic necessities in the last eight months run into the thousands. How much have pervasive ideological lies cost you recently? While you're at it, try calculating how much Biden's driving tax will affect you.

Let's put things in perspective. Two years ago, we were experiencing the greatest economy in the history of the world. We didn’t get from there to here by accident. Two major factors changed everything: 1) Chinese Communist Party lies gave us the COVID pandemic. 2) Democratic Party lies gave us Biden ruin instead of Trump triumph.

If you believed the lies and voted or cheated for Biden or any of his ilk, you might be thinking that you are a basically good person who supports decency and fairness. Now, more than ever before, it's perfectly clear that there is nothing decent or fair about Marxist Social Justice, Critical Race Theory, the Carbon Climate Hoax, etc.

PragerU recently sent out an email which said: "Small business is being ruined, jobs are being destroyed, families are suffering…The slide to socialism is getting steeper by the second…The real problem is that millions of good people are still doing NOTHING to fight back against these liberty-crushing policies. This must change right now…Tyranny will win if good people do nothing."

A few days ago, a friend directed my attention to a youtube video titled "The Big Lie" which turned out to be profound, enlightening, and motivating. I could not leave it without transcribing much of what it said. I highly recommend viewing the whole thing but here is a sampling:

For as the political philosopher Hannah Arendt noted, totalitarianism, at its essence, is an attempt at 'transforming reality into fiction.' It is the attempt of corrupt and pathological state actors to impose a fictional account of the world onto the entire population.

Vaclav Havel explained: Life in the system is so thoroughly permeated with hypocrisy and lies… Because the regime is captive to its own lies, it must falsify everything. It falsifies the past, it falsifies the present, and it falsifies the future. It falsifies statistics…If the main pillar of the [totalitarian] system is living a lie, then it is not surprising that the fundamental threat to it is living the truth. This is why the truth must be suppressed more severely than anything else.

All the totalitarian regimes of the 20th century rose to power amidst thunderous applause as many citizens openly called for the brutal control that defines this form of rule. Without mass support and compliance, the great minority in the ruling class would be but paper tigers.

Aleksandr Solzhenitsyn said: What we choose to say and how we decide to act influences not just the state of our character, but the state of society. And when living in the midst of totalitarian rule, the fundamental choice to make is whether we are going stand on the side of the truth and freedom, or on the side of lies and malevolent authority.

Current events continue to verify that the progressive stream of evil ideas is dedicated to tearing down Western civilization and replacing it with a communist utopia. Americans now have a clear choice: Will we fight for truth, freedom, and prosperity, or against it? Every one of us can choose whether to be a hero or a villain.