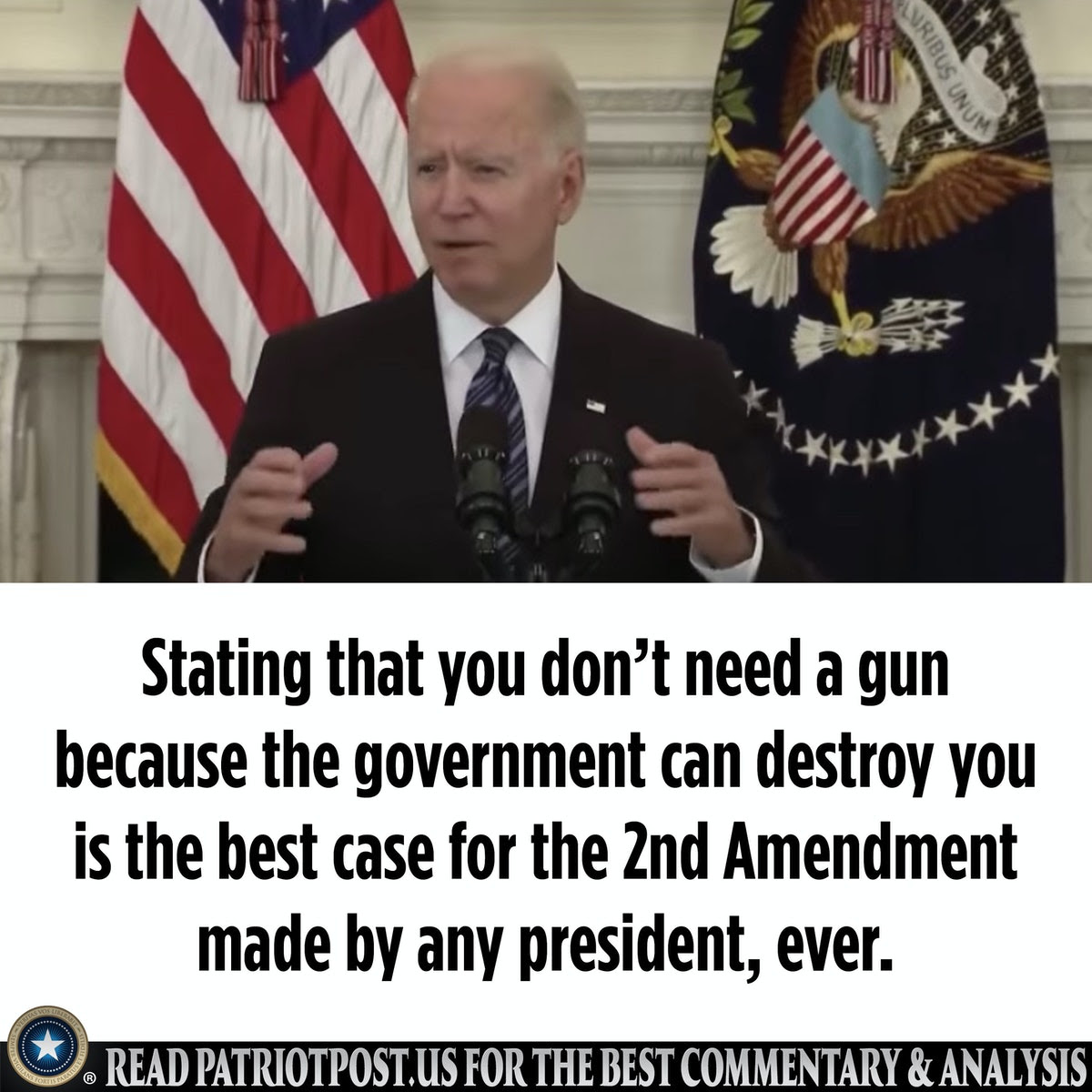 Joe Biden recently declared that the most lethal threat to the homeland is white nationalist supremacy. As explained by Tucker Carlson and Horace Cooper, that is a "disgusting lie."

AG Merrick Garland recently said that the greatest threat of domestic violence in America is from white militias. Statistically speaking, that is false.

All honest observers know that the lives and property lost to all nationalist movements combined are only a drop in the bucket compared to the death and destruction caused by BLM and Antifa. Most of us have not forgotten the last summer's "mostly peaceful" riots.

The Biden administration has claimed that the January 6 capital riot was the worst attack on democracy since the civil war and insisted on calling it an insurrection. One has to wonder why this administration consistently exaggerates lesser threats while ignoring many greater ones.

As expressed by Paul Crespo: "In its relentlessly partisan pursuit of an ill-defined, unsupported, and grossly exaggerated threat, Team Biden continues to fuel the fear of ‘domestic terrorism…[they] never let a good crisis go to waste when you can create a ‘domestic threat’ to justify a continuing partisan witch hunt against fellow Americans."

Speaking of witch hunts, the Biden administration is now asking friends, families, and companies to report anyone who might be suspected of "domestic terrorism." Who might that include? You guessed it—racist, sexist, radical, patriotic, Trump supporters. We expect that kind of intrusion in China but not America.

Meanwhile, the Constitution Killers have started training the military to get "woke," fly BLM flags, and fight "extremists." Since the American military is not supposed to fight Americans, many are wondering about the motivation for such training.

The totalitarian tactics being employed by the radical left lead to some inescapable conclusions. The Constitution Killers now in office seem to be preparing to do the following:

● Accuse patriots of being domestic terrorists.

● Pretend that defending the constitution is insurrection.

The ruling radicals might hesitate to attack peaceful citizens because doing so could ignite a civil war. Instead of a direct attack, they might try to get BLM and Antifa mobs to do their dirty work. China Joe might even try to import Chinese troops to subdue us, similar to the plot in Kurt Schlichter's book Collapse.

Before dismissing anything as an overstatement or conspiracy theory, consider the facts. On 23 June 2021 Joe Biden made a thinly veiled threat to use "F-15s and nuclear weapons" against Americans who resist his lies and unconstitutional orders. Leftist congressmen Eric Swalwell made a similar threat. Other radicals have proposed gulags and reeducation camps. Threatening American citizens with government violence is unacceptable, self-defeating behavior.

So, how do we deal with what Constitution Killers seem to be planning? First of all, we avoid violence and any talk about violence. Following the totalitarian playbook, they are looking for excuses to justify illegitimate attacks on law-abiding citizens. If we avoid their tricks and traps, they might attack anyway. But if they do, many of their minions will desert them, and every decent American will reject them. If we peacefully stick together, and make reasonable preparations, they will have a hard time overruling more than 74 million of us.

For more information about preparedness, see my eight-part series of "What Do We Do Now" articles. For other practical and peaceful ways of dealing with tyrannical threats see Constitution Killer articles 4, 5, and 6.