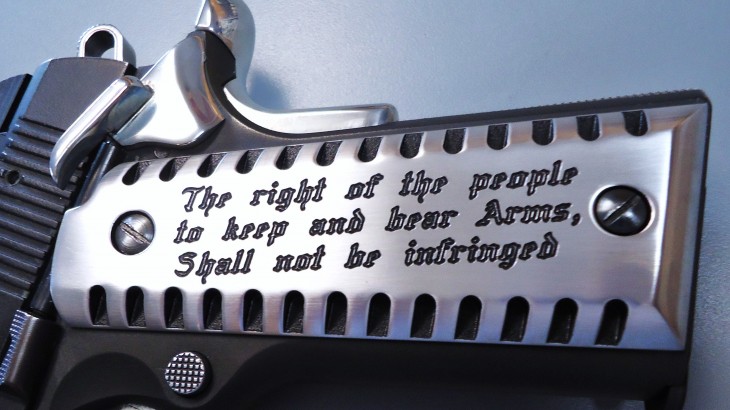 Parts 1 and 2 confirmed that Constitution Killers are intentionally destroying constitutional rights and freedoms. Part 3 exposes the insidious plan to disarm the Constitution.

Firearms played a key role in the establishment of the United States of America and continue to play a role in maintaining a free society. In 1775 the British Empire stifled the American colonies with oppressive regulations and high taxes. When the Patriots resisted, the Crown attempted to force the population into submission. Since the armed population exceeded the number of enforcers, the British concluded that gun control would be necessary for the maintenance of their autocracy.

The Patriots correctly surmised that if they gave up their firearms, they could easily be deprived of everything else. British attempts to confiscate munitions triggered the first battles of the revolutionary war. Eventually, the Americans won their freedom using some of the weapons which they refused to yield to oppressors.

In 1836 Texans issued their "Texas Declaration of Independence" from Mexico, which read in part:

When a government has ceased to protect the lives, liberty, and property of the people, from whom its legitimate powers are derived, and for the advancement of whose happiness it was instituted, and so far from being a guarantee for the enjoyment of those inestimable and inalienable rights, becomes an instrument in the hands of evil rulers for their oppression…[and] has demanded us to deliver up our arms, which are essential to our defense, the rightful property of freemen, and formidable only to tyrannical governments…The necessity of self-preservation, therefore, now decrees our eternal political separation. (History) (Full Text)

Soon thereafter, Texas effectively achieved independence at the Battle of San Jacinto using some of the firearms they refused to yield to oppressors.

In the next century, socialist ideologues insisted that the needs of the collective supersede individual rights to property, liberty, and even life. Since it is much easier for the state to abolish basic rights and crush resistance if the populace is unarmed, as Russia, Germany, China, and Venezuela headed into socialism the reigning regimes in these countries confiscated guns.

Socialistic countries have typically disarmed their citizens "for their own safety," but the real reason was to eliminate resistance. This disarmament scheme worked so well that socialists have been able to seize and maintain power by killing over 100 million defenseless people in the last century.

Origin and Purpose of the Second Amendment

It has been repeatedly pointed out that the early American leaders who wrote the constitution didn't just finish a hunting trip, they just finished liberating a nation. They included the Second Amendment so that citizens could defend themselves against enemies of freedom, foreign and domestic.

Note that the constitution did not grant the right to bear arms. Rather, the right to bear arms was recognized as a natural or God-given right, and that any infringement of that right was forbidden. Any doubt about constitutional intent can be dispelled by reviewing what the founding fathers had to say about it. Samuel Adams said, “The Constitution shall never be construed to prevent the people of the United States who are peaceable citizens from keeping their own arms.” Patrick Henry said, “Guard with jealous attention the public liberty. Suspect everyone who approaches that jewel. Unfortunately, nothing will preserve it but downright force. Whenever you give up that force, you are ruined ... The great object is that every man be armed. Everyone who is able might have a gun.”

Up until now, the Second Amendment has worked amazingly well. Millions of crimes have been prevented. Invasion has been discouraged. Various attempts to disarm citizens have failed. Government overreach has been limited. The Constitution has endured. Now, all of this, and much more, is on the brink of being swept away.

Will We Learn the Lessons of History?

With all this historical context in view, it is easy to see why gun control is one of the top priorities of the current administration. They claim to be motivated by a desire to save lives, but that claim is not supported by the data on firearm use. The National Safety Council has certified that guns are used at least 80 times more often to protect lives than to take them. The evidence is overwhelming. Tucker Carlson recently said:

Gun control is entirely fraudulent. The Democratic Party claims that guns cause violence. That’s the core claim, and it is a lie. It’s provably untrue. The places in this country that have the most guns and the loosest controls on those guns also have the least gun violence and the fewest killings. That’s the bottom line. You could look it up, the statistics are available to anyone.

Over and over we hear that it is urgent to pass "common sense" gun laws to prevent violence and death. One has to wonder if those who parrot such things are aware of these "common sense" facts:

● Depraved people will always be able to get lethal weapons.

● Good people with guns help prevent evil and save lives.

“No Amendment is Absolute”

When announcing his gun-grabbing plans, Biden took direct aim at the Second Amendment and all other amendments saying, "No amendment is absolute.”

This is a stunning admission. According to President Biden and his administration, no amendment to our Constitution is safe: Not the First Amendment (freedom of speech and religion), not the Second Amendment (right to bear arms), not any of the essential ten amendments in the Bill of Rights. In their eyes, nothing in the Constitution is absolute. In word and deed, they have proven that they intend to cancel the Constitution itself and all the rights and freedoms that go with it, especially the right to bear arms.

The next Constitution Killers article will discuss options of dealing with constitutional threats.