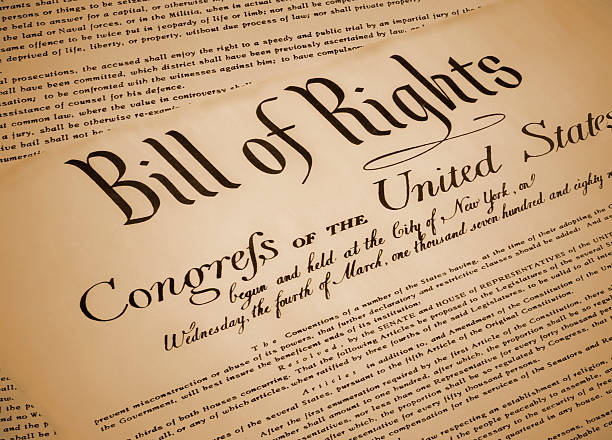 Part 1 explained Nullification of Free Speech and Theft of Sovereign Power. Part 2 reveals one of the most cunning and dangerous constitutional threats.

As Brian Mark Weber has observed: "The Constitution has been battered and bruised by progressives for more than a century, but now they can smell blood."

Constitutional freedom of religion protects everyone—believers, atheists, and everyone in between. Religious liberty ensures that diverse views and values are shielded from government control or coercion. Whatever one believes or does not believe, and however one worships or does not worship, is protected from government interference unless it violates the rights of others. Religious liberty means that people have the right to think, speak, and act according to their core values both privately and publicly. As explained by The Heritage Foundation:

Religious freedom prevents the cultural majority from using the power of the state to impose their beliefs on others. This protects everyone—religious and nonreligious alike—from the government becoming so powerful that it can tell people what to think and how to act.

There is a long history of governments persecuting and killing people for certain beliefs or non-beliefs. Eventually, the First Amendment of the United States Constitution protected the freedom of religion. Governmental favoritism or restriction of religious belief or practice was prohibited. With some notable exceptions, most U.S. citizens have enjoyed religious freedom since 1789.

Religious persecution has continued in many other counties, especially in communist states which strive for absolute control over everything, including religion. As the U.S. has moved toward socialism, many attempts have been made to suppress religion, but they have been resisted, until now. Now, a new and devious scheme is being used to control the way people think, speak, and act.

The new nightmare law that is in the process of being imposed on the American people is deceitfully called "The Equality Act" or HR 5. The extent of depravity and despotism contained in this legislation defies the imagination. The words Senator Mike Lee used to describe HR 1 seem to be even more applicable to HR 5: "In addition to being wildly unconstitutional...Everything about this bill is rotten to the core. This is a bill as if written in hell by the Devil himself."

"It's hard to imagine just how damaging this bill would be. Essentially, it takes every issue the Left feels is a sacred cow and wraps it into one bill—a legislative right to abortion on demand, special privileges for sexual orientation and gender identity, and the abolition of religious freedom...It sticks the government's long talons into practically every area of life." (Tony Perkins)

"This legislation has been called the most invasive threat to religious liberty ever proposed in America because of its intent to mandate understandings of sexual orientation and gender identity as expectations for all aspects of society. Anyone who maintains a traditional understanding of human sexuality, gender identity, and marriage will no longer be allowed to disagree out of goodwill and commitment to one’s beliefs but will be treated as one guilty of discrimination." (David S. Dockery)

If the horrific Equality Act passes, it will be as though a gang of lunatics is let loose in society with the legal power to:

1) Teach your child to hate your religion and values.

2) Limit the ways you and your family can exercise your private and public religious beliefs.

3) Convince your child he or she is the opposite of his or her biological gender, which stands in direct opposition to Biblical teachings.

4) Immerse your child in all manner of sexual perversion, which goes against your private teachings and against the morals of the religion you embrace.

5) Teach your child to hate you, your family, and your heritage.

6) Convince the government to punish you if you try to rescue your child from any of the above actions, or if you even talk about doing so.

If there is a devil, it appears that the HR 5 gang works for him and they intend to trample on your religious rights and abuse you and your children. If their desires are fulfilled, they might wish they had paid more attention to the judgment Jesus pronounced on the kind of people who offend, mislead, or abuse children: "It would be better for them to be thrown into the sea with a millstone tied around their neck than to cause one of these little ones to stumble." (NIV Luke 17:2)

We must work with all possible vigor to stop the passage or enforcement of The Equality Act and in so doing protect our children, our families, and our freedom of religion.

In the coming weeks, watch for more Constitution Killer installments.