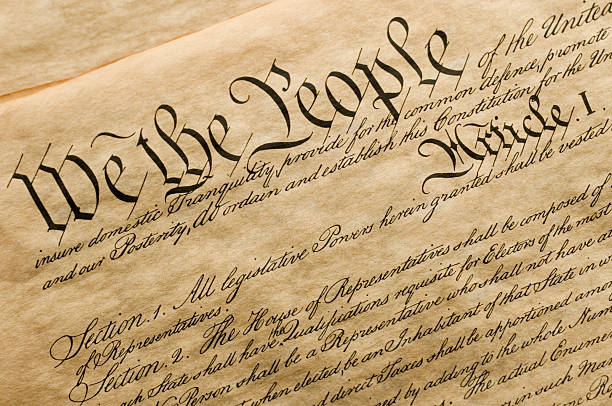 A friend of mine was recently trying to solve an urgent equipment problem. After hours of failed attempts, he prayed for help and these words came into his mind: "When you really understand the problem, then the solution becomes obvious." He shifted his focus from seeking the answer to understanding the problem and quickly arrived at and implemented the solution.

Another way of stating this insight is: To get the right answer, you need to ask the right question. Focusing on asking the right questions leads to freedom of thought and action which leads to discovery. Good questions help define who we are and where we are going. Great questions provoke progress, prosperity, and happiness.

Throughout history, the greatest philosophers, scientists, teachers, and leaders have asked the most significant questions. The ancient Greek philosopher Socrates developed an inquiry process known as the Socratic Method which helped his students understand beliefs, facts, and false assumptions. Variations of the Socratic Method have been productively taught and practiced in legal and scientific circles for millennia.

Here's one of the most crucial questions ever to be asked in American history:

In order to understand and answer this question, let's focus on two of the most significant constitutional issues.

The first amendment of the Bill of Rights prohibits "abridging the freedom of speech, or of the press" affording protection from suppression, interference, and restraint of speech. Freedom of speech is an essential element of liberty. Does the current administration have a history of preserving or suppressing free speech? Was there collusion between democrat leaders and their media minions related to the 2020 election? This article by Rich Noyes offers some great insights, including the following quote:

One of every six Biden voters we surveyed (17%) said they would have abandoned the Democratic candidate had they known the facts about one or more of these news stories. A shift of this magnitude would have changed the outcome in all six of the swing states won by Joe Biden, and Donald Trump would have comfortably won a second term as president…The most basic principle of our electoral system is that our leaders are chosen by the people themselves. But if the people are given systematically one-sided information, with crucial facts omitted, then the real power to choose has been stolen from them.

Abuse of free speech and other unconstitutional irregularities certainly affected the 2020 election, but some still question if current officeholders have continued undermining free speech since taking the oath of office. Has the leopard changed its spots?

The Biden/Harris administration has created a border crisis of epic proportions. The threat to national security and the human tragedy is shocking. Even with most of the press in their pocket, claims of abuse and trafficking are getting traction, so the administration is trying to avoid criticism by throttling free speech. Believe it or not, they have actually issued "gag orders" as documented here, here, and here.

This administration is clearly continuing to suppress free speech and their media partners are predictably compliant. If President Trump had tried this, he would have been quickly impeached. If he even contemplated such suppression of the press, he would have been accused of collusion. Why aren't Biden and Harris being impeached?

Extensive suppression and deception via Big Tech and the mainstream media have proven to be beneficial to the current administration and detrimental to their opposition. Could this level of duplicity exist within constitutional limits? The attacks on freedom of speech cited above seem to be just the tip of the iceberg.

Perhaps the most fundamental element of the Constitution is the principle and practice of popular sovereignty. The sovereign power is in the people. The people delegate the powers of government, which are limited, divided, and regulated by the rule of law, which is the basis of liberty. Sovereign power in the people means that the government is administered by honestly elected representatives, not tyrants, mobs, or societal trends.

Depriving the people of their sovereign power would undercut the constitution, effectively ending American freedom, prosperity, and peace. Who has such despicable desires, and how could they do it?

Members of the current administration are trying to pass into law a bill called HR 1. This bill transfers power from the people and the states to the federal government, assuring the creation of perpetual one-party tyranny. It also effectively legalizes nationwide election cheating similar to that witnessed in the 2020 election. HR 1 is specifically designed to snatch sovereign power from the people. According to Senator Mike Lee:

"In addition to being wildly unconstitutional...Everything about this bill is rotten to the core. This is a bill as if written in hell by the Devil himself."

In a sane world, 'The Corrupt Politicians Act' [HR 1] wouldn’t have seen the light of day…The sheer arrogance and dishonesty of the Democrats and their media allies is simply astounding.

In addition to HR 1, the current administration is attempting theft of sovereign power by ending the filibuster, packing the supreme court, packing the senate, importing illegal voters, identity politics, cultural Marxism, and many other schemes.

The constitution is being bombarded by enemies foreign and domestic—even by some who have sworn to protect it. Meanwhile, some well-meaning people seem to think that the solution is to unify with the attackers. The founding fathers, and everyone who has died defending American freedom, are surely rolling in their graves. Instead of consorting with constitution killers, thereby increasing their power, we need to faithfully defend the constitution.

In the coming weeks, we will discuss more constitutional threats and how to resist them.