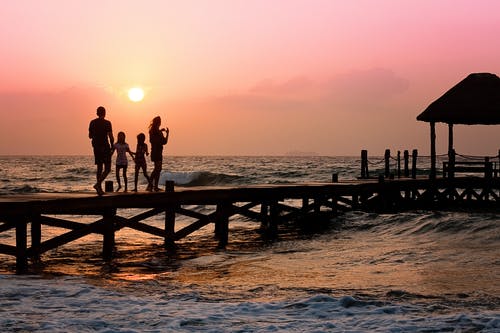 What Do We Do Now? Social Preparedness, Part 1

Have you noticed some tearing in the social fabric? There seems to be more and more conflict and division nationally and locally. Contention and hatred are becoming more evident. Friendship and love seem to be harder to find and maintain. It's past time to seriously consider why these things are happening and what we can do to have more peace and contentment in our hearts and relationships.

Joshua Philipp identified one of the main causes of social stress as follows:

When Karl Marx envisioned regimes under socialism and communism…he believed they would destroy all the beliefs, traditions, and morals of the world as it was. He and other communists that followed believed their ideas superseded all others, and that in the brutal regimes that would follow to create these systems, the ends would justify the means.…Socialist leaders believed the political system should permeate every section of public and private life, to include ethics and mores, family, churches, schools, universities, community organizations, culture, and even human sentiment and aspirations. (The Epoch Times)

In other words, Marxist ideology is built on a framework of class warfare that requires tearing down and replacing virtually all beliefs and systems that have historically produced peace, progress, and prosperity. The main idea is to amplify ill will and conflict sufficient to cause social collapse. Then, when that social breakdown occurs, use it as a pretext for establishing an all-powerful government. The justification for all this conflict and tyranny is the perceived need to establish Social Justice—which has been accurately defined as follows:

Social justice is the complete economic equality of all members of society. While this may sound like a lofty objective, what it really means is that wealth should be collected by the government and evenly distributed to everyone. In short, social justice is communism. It is rooted in the Marxist idea that the money people make and the property they own do not rightfully belong to the people who make the money and own the property. (americanthinker)

Until recently, most Americans understood that capitalism increases productivity and prosperity which generally leads to widespread peace and contentment. The evil antithesis of peace, prosperity, friendship, and love is Cultural Marxism.

Cultural Marxism seeks to impose socialism by gradually infiltrating minds, hearts, and relationships—turning them away from mutually beneficial cooperation toward conflict, hate, and war. Cultural Marxism cannot function or survive without creating animosity between individuals and groups.

Various kinds of Marxism (Communism, Socialism, Democratic Socialism, etc.) consistently promote anti-social beliefs and behaviors that tear the social fabric. Far from being the solution to the problem, leftist ideology is the root of the problem. Marxism is the demon behind Class Warfare, Identity Politics, Racism, Radical Genderism, conflict, and hatred.

The totalitarian ploy is to make something horrible sound wonderful. For instance, giving away other people's money (theft) is made to appear admirable. Marxists teach us to hate anyone and everyone who resists them, especially those greedy workers who want to use what they have earned.

Despite mountains of evidence and logic proving that the principles and practices of Marxism are toxic, many students and democrats have experienced an irrational conversion to an anti-social ideology that purposefully promotes contention and hatred. The unavoidable conclusion is that we are all witnessing increasing Marxist tearing of the social fabric preparatory to mass misery and oppression. Concerning such circumstances, Eric Metaxas has wisely observed:

As Solzhenitsyn prophesied, we in this great country have naively drifted along, now for decades accepting increased government control over our lives and even believing the seductive lie that “socialism” can somehow be a good thing. Though my parents always warned me of these things, I am still horrified to see them for myself, knowing these things are nothing less than the dedicated enemies of liberty and humanity and justice and truth, and the handmaidens to the cruelest evils imaginable.

is producing a toxic tide of social consequences which will necessitate state, local, and individual solutions. Let's consider some potential social preparedness solutions.

First: Avoid thinking, speaking, acting on, or supporting anything Marxist. This is crucial because Marxism seeks to overthrow and destroy everything it cannot control—including every government, institution, family, body, and soul. A modicum of open-minded study rapidly reveals that Marxism is the greatest evil of all time, undeniably responsible for the death of over 100 million people and the misery of billions. If you're willing to dig for the truth, read The Gulag Archipelago by Aleksandr Solzhenitsyn or Mao: The Unknown Story by Jung Chang or the entire Freedom Saving Series.

Second: Choose love instead of hate. For thousands of years, most social and religious traditions have recognized love as being a vital aspect of human happiness and prosperity. For instance, Jesus said that loving your neighbor was one of the foundational commandments.

Modern psychologists have stated that love is mentally, physically, and socially beneficial. Asserting that love creates safety, PsychCentral published this:

Love, whether the romantic variety or a general feeling of love and care for humankind, is manifested by attachment and caring. When people love, they want to help, encourage and even rescue those who are in their orbit.

The Dalai Lama has given us many wonderful insights about love, including this one:

"Love and compassion are necessities, not luxuries. Without them humanity cannot survive."

Instead of giving in to the anti-social Marxist ideology of hate, we can all enjoy greater happiness and security by following Paul's inspired counsel regarding love:

If I give all I possess to the poor and give over my body to hardship that I may boast, but do not have love, I gain nothing. Love is patient, love is kind. It does not envy, it does not boast, it is not proud. It does not dishonor others, it is not self-seeking, it is not easily angered, it keeps no record of wrongs. Love does not delight in evil but rejoices with the truth. It always protects, always trusts, always hopes, always perseveres…And now these three remain: faith, hope and love. But the greatest of these is love. (NIV 1 Corinthians 13:1-13)

Always remember that one does not have to have evil intentions to create misery, he only needs to embrace Marxist Social Justice more than peace or love.