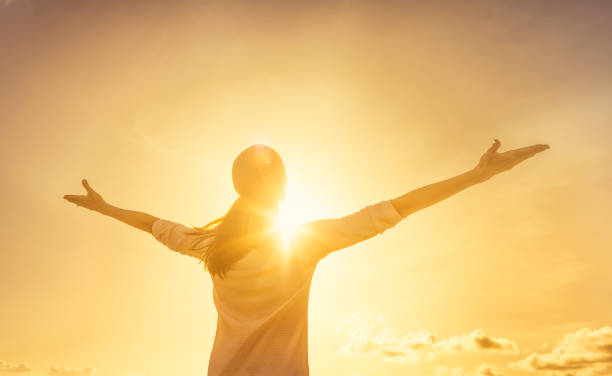 What Do We Do Now? Spiritual Preparedness, Part 1

There are about 333 million Americans. About two-thirds of those (222 Million) are Christians. Virtually all Christians—and people of many other faiths—believe in a spiritual dimension of some kind. Since a large majority of Americans believe in spiritual realities it is reasonable, and perhaps imperative, to consider what spiritual preparation may be necessary as world events continue to unfold and seem to be careening toward some great climax.

It appears that a majority of Christians have faith in a future event, known as The Second Coming of Christ, which they believe will occur during their lifetimes. If over 111 million Americans believe that The Second Coming is on the horizon, preparing for that event ought to be an important part of preparations for the future. While physical preparations may be important, spiritual preparations are paramount. As Aaron Earls wisely observed, "The urgency pastors feel is less about stockpiling toilet paper and more about helping people be ready for Christ’s return."

About two thousand years ago, the apostle Paul talked about the times we are living in today, which have been referred to as The End of Times or the Last Days:

This know also, that in the last days perilous times shall come. For men shall be lovers of their own selves, covetous, boasters, proud, blasphemers, disobedient to parents, unthankful, unholy, Without natural affection, trucebreakers, false accusers, incontinent, fierce, despisers of those that are good, Traitors, heady, highminded, lovers of pleasures more than lovers of God; Having a form of godliness, but denying the power thereof: from such turn away…But evil men and seducers shall wax worse and worse, deceiving, and being deceived. (2 Timothy 3:1-5;13)

According to Paul's prophetic description, could it be said that we are living in the last days? If we are, what do we do now? To know how to proceed, consider these three things most Christians believe are related to The Second Coming.

First, Christ will come when he is least expected. Jesus himself declared:

For as the lightning cometh out of the east, and shineth even unto the west; so shall also the coming of the Son of man be…Therefore be ye also ready: for in such an hour as ye think not the Son of man cometh…And shall cut [the wicked] asunder, and appoint him his portion with the hypocrites: there shall be weeping and gnashing of teeth." (Matthew 24:27,44,51)

Second, Christ's second coming will be preceded by the return of Israelites to their ancient homeland and by a period sometimes called The Tribulation which will include plagues, earthquakes, famines, and war. During this Tribulation, there will be a totalitarian tide, the wicked will slay the wicked, and the nations of the world will suffer desolation. (Jeremiah 46:27-28; Revelation 13; Revelation 18)

Third, when Christ returns, his power will be unmistakable. Christ came the first time as a suffering servant to suffer and die for the sins of the world. When he comes the second time it will be as a conquering king who will burn the wicked, save the righteous, and usher in a millennium of peace and happiness.

The Reverend Billy Graham said that those who don't want Christ to disturb them will scoff at the idea of a Second Coming saying: "This is a crazy doctrine. Christ is not coming. You Christians are crazy. It’s a myth. It’s foolishness, ridiculous.” We can try to ignore or scoff at the Second Coming, or we can start preparing for it.

A Parable of Preparation

Jesus gave some specific instructions on preparing for his Second Coming. Some of his most profound directions were given in parable form, such as the Parable of the Bags of Gold quoted below from the New International Version of the Bible (known as the Parable of the Talents in the King James Version). This parable reveals that productivity, creativity, and concentrated work are all crucial if one is truly preparing to meet the Lord:

Again, it will be like a man going on a journey, who called his servants and entrusted his wealth to them. To one he gave five bags of gold, to another two bags, and to another one bag, each according to his ability. Then he went on his journey.

After a long time the master of those servants returned and settled accounts with them. The man who had received five bags of gold brought the other five. ‘Master,’ he said, ‘you entrusted me with five bags of gold. See, I have gained five more.’

His master replied, ‘Well done, good and faithful servant! You have been faithful with a few things; I will put you in charge of many things. Come and share your master’s happiness!’

His master replied, ‘Well done, good and faithful servant! You have been faithful with a few things; I will put you in charge of many things. Come and share your master’s happiness!’

His master replied, ‘You wicked, lazy servant! So you knew that I harvest where I have not sown and gather where I have not scattered seed? Well then, you should have put my money on deposit with the bankers, so that when I returned I would have received it back with interest.

‘So take the bag of gold from him and give it to the one who has ten bags. For whoever has will be given more, and they will have an abundance. Whoever does not have, even what they have will be taken from them. And throw that worthless servant outside, into the darkness, where there will be weeping and gnashing of teeth.’ (NIV Matthew 25:14-30)

Many who have been seduced by socialist ideology find it shocking that the master did not split the proceeds equally between the stewards from the beginning, and in the end took from the one who had the least and gave more to the one who had the most. Make no mistake, this preparatory parable was given to verify that the Lord rewards faithful productivity, rebuffs slothful excuses, and condemns collectivism.

In other words, to prepare for the Second Coming we must strive to be productive in every way possible—physical, spiritual, social, and economic. Care must be taken not to give a narrow definition of productivity. For instance, few things could be more productive than being a fully engaged mother.

The Last Days and Second Coming have been described as being “great and terrible.” Whether Christ’s coming is great or terrible depends on whether one is righteous or wicked. The scriptures promise terror, burning, and ultimate demise to the wicked while promising deliverance, protection, and eventual peace to the righteous. Remember, not all liars, thieves, defilers, collectivists, and oppressors will be burned—only those who refuse to repent. Christ's first coming was all about making that possible.

In the end, when all the toilet paper is stockpiled, the cans of food are piled on shelves, the bomb shelters are erected, the medicines are procured, the best texts are hidden away against book burnings, the 72-hour kits are at the ready, and the prayers have been said, the preparation that will matter most is our adherence to the Two Great Commandments: Have we loved God? And have we loved the people around us? (Matthew 22:36-40).

Doing these two things consistently is the essence of spiritual preparedness. If we have truly loved God—which includes trying to keep his commandments—we will be prepared to meet him. And meeting him will be “great” indeed.