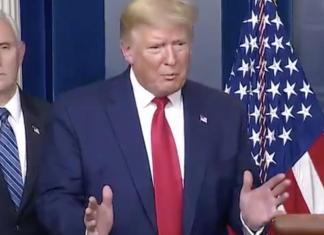 I am going to explain what will almost certainly happen if Trump loses the 2020 election. This is not just guesswork, speculation, or conspiracy theory. The Writing is on the Wall. How is it possible to know the future? In this case, the opposition has "let the cat out of the bag" in the following ways:

The socialist left has an established ideology.

They have a well-known modus operandi and history.

They have told us what they will do.

They have already voted for it.

They are already doing it.

They will try to kill the carbon-based energy industry. This could result in the loss of millions of jobs, crashing the economy, and ever-increasing poverty.

They will try to implement the Green New Deal. This will suppress industry and create mass shortages, suffering, and poverty. Additionally, the GND will not be beneficial because carbon-based climate change is a proven socialist hoax.

They will try to nullify the Bill of Rights. They are already attacking free speech (they call it hate speech) and the freedom of religion.

The family will be attacked and diminished. This is irrefutably verified in the new book, The Invincible Family.

Many Immigration laws will be invalidated. This will result in a mass influx which will overwhelm the system in many ways. Worst of all, it will quickly tip the balance of power into a one-party system, just like it already has in California. For all practical purposes, the republican party will roll over and die.

They will try to ban the Right to Self Defense. If guns are outlawed, maybe only Marxists and outlaws will have guns.

The Rule of Law will be attacked. They have already turned to mob rule and intimidation. Trump is not the cause; he is the cure. Without Trump to hold them back, it will get worse, like it already has in many democrat-controlled areas.

Deception will cloud the Truth. Since the left believes that "The Ends Justify the Means" they are perfectly willing to deceive and lie for Social Justice. The left hides the truth and lives by the lie. If they get power, leftists will use perpetual deception to try to maintain it. (i.e. Ministry of Truth)

They will try to change our Government from capitalism to socialism. Socialist Hell will try to suffocate freedom and prosperity. What recently happened in Venezuela could be repeated here, only worse.

Highly respected Lawrence Kadish has suggested that the DNC (Democratic National Committee) be renamed the DMC (Democratic Marxist Committee) to match the new ideology that has hijacked the party of JFK. He went on to say, "Every citizen needs to make a decision that separates the personalities from the underlying politics that will… determine whether the America we cherish will wither under masquerading Marxists or whether it will be able to remain vibrant and strong, able to confront a world of civilization destroyers."

Since the opposition has openly declared and demonstrated what they plan to do, how is it possible that Trump is behind in some polls? One answer is that many are drowning in a flood of deception. Another reason is that too many are preoccupied with rearranging the deck chairs on the Titanic. They think and say things like this:

Trump is too brash.

Trump is too much of a fighter.

Trump is spending too much.

We could agonize over dozens of "deck chairs" that won't make much difference if Trump loses. Believe it or not, I have friends and family that plan to vote against President Donald Trump because of comparatively insignificant issues. How is it possible that they do not comprehend being in the middle of a cultural war between freedom and tyranny? Do they not understand that we are dealing with life and death issues? If enough of us can understand and agree with the application of these immortal words, we can still save the ship:

Gentlemen may cry, Peace, Peace—but there is no peace. The war is actually begun…Is life so dear, or peace so sweet, as to be purchased at the price of chains and slavery? Forbid it, Almighty God! I know not what course others may take; but as for me, give me liberty or give me death! (Patrick Henry)

Now is the time to vote for President Trump, and those who support him, as if your life depended on it, because it might. In the next column, I will reveal what will likely happen if Trump wins.