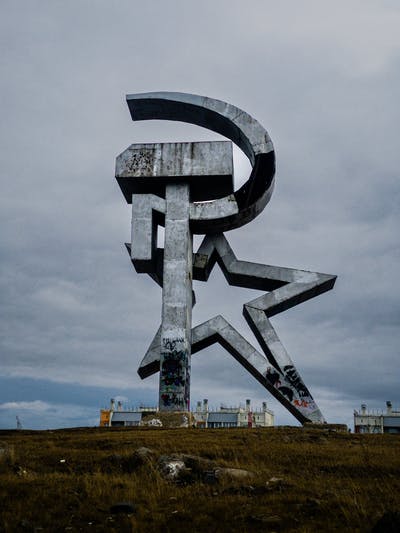 Marxist ideology is built on a framework of class warfare. Originally, it was postulated that the proletariat (workers) would clash with the bourgeoisie (property owners) resulting in a revolutionary class struggle which would destroy capitalistic governments and replace them with socialist systems.

The colossal failures of these two large socialist states resulted in the death of over 100 million people and the enslavement of billions. It has now become clear that Marxist Ideology has generated more misery than anything else in the history of the world.

Eventually, the USSR collapsed, and China was saved from collapse by capitalistic innovations. Socialism failed, and is doomed to everlasting failure because it is founded on theft rather than productivity. Logically, the great socialist nightmare should have been consigned to the compost pile.

In what may be history's greatest example of trickery, deceit, and triumph of falsehood, the Frankfurt School of thought snatched evil from the jaws of defeat by advancing theories that came to be known as Cultural Marxism (CM). Since capitalism increases productivity and prosperity which generally leads to widespread peace and contentment, the Proletariat vs. Bourgeoisie conflict is not effective and essentially dies on the vine. Therefore, CM cleverly redefined the class definitions so as to foment the greatest degree of conflict between various groups of people.

Cultural Marxism is rooted in conflict and cannot function or survive without animosity existing between groups of people in order to stir them up to revolution. Here's the simple formula for how CM works:

Using this framework makes it possible to substitute or repurpose virtually any group of people into the destructive Marxist equation. Many years ago, CM revolutionaries decided on the substitute classes that are now being used to foment class warfare. Two of the revised equations that have been established are:

Proletariat Race vs. Bourgeoisie Any other race

These are the basis for the huge uproar over the Black Lives Matter (BLM) movement. Certainly, there ought to be improvements in race relations, but that is not the primary goal of BLM. BLM leaders have openly declared that they are Marxists and that they are seeking to destroy capitalism and replace it with socialism. Colin Kaepernick, and others like him, are promoting Cultural Marxist ideas that lead to class warfare misery. Many sincere people have been tricked into chanting “Black Lives Matter” thinking they are fighting for racial equality, when in reality the leaders of the BLM movement are fighting for slavery in the form of socialism, which will end in widespread suffering and death—just as it has almost every time socialism has been tried.

Phil Schneider has described what's happening this way: "America is in the throes of a racist movement that uses the accusations of racism in order to grab totalitarian power in the United States." Scott Morefield has clarified: "Make no mistake, the roots of the Black Lives Matter movement are Marxist to the core. Far from obtaining real justice for black people or anyone else, its ultimate aim is to steal, kill, and destroy, and to burn Western civilization to the ground. If you want to know what sort of society they’d replace it with, you only need to look to the histories of Bolshevik Russia or Maoist China."

Another major CM equation currently ripping through society is:

Historically, CMs have consistently tried to neutralize law enforcement so that mindless mobs could advance their revolutionary cause. But the fact is, we all desperately need the rule of law—upheld by law enforcement officers—to protect us from criminals and Marxists.

Certainly, we need to protect the environment, but carbon-based Climate Change has been proven to be a hoax. The class struggle generated by the Green New Deal would destroy our economy and result in massive poverty and death which would be magnified by the socialism it seeks to achieve. AOC is a proud Cultural Marxist promoting a nonsensical aberration of class warfare.

Sexual classes can also be plugged into the Cultural Marxism equation:

Radical Genderism seeks to cancel the meaning of physical sex, destroy families, and sexualize children as explained in this enlightening and irrefutable new book: The Invincible Family.

Religious classes also work like a charm in the CM equation:

In this paradigm of religious antagonism, people can criticize, persecute, and kill Christians all they want, but if someone dares to say that Radical Islam is not a religion of peace, it's labeled class hatred, and those saying it are in danger of being killed.

Marxists always try to disarm the population as quickly as possible, because they know that people will fight as soon as they realize their socialist masters are taking everything they have and killing them. You had better hang on to your guns because if the left wins, you're going to need them.

In case you haven't figured it out yet, Social Justice is doublespeak for Communism, and Communism is definitely not fair, just, or merciful. As has always been the case, Social Justice is Counterfeit Justice and private property is the foundation of prosperity.

The Cultural Marxists have carpet bombed the country with three years of spurious Donald Trump character assassination resulting in the creation of a new political class. This class is composed of socialists, Never Trumpers, and the hornswoggled.

An old friend recently published an article in which he said that President Trump was destroying the republican party because he was not sympathetic enough to millennial concerns about social justice and climate change. Like so many Never Trumpers he assumes moral and intellectual superiority while parroting the propaganda of cultural bolshevism.

If we embrace the Cultural Marxist Trojan Horses herein outlined (like my old friend has) it will be impossible to save the Republican party, or anything else, because Marxist warriors—bent on finding and fomenting revolutionary conflict wherever they go—will crush the life out of our freedom, families, religion, and country in the name of peace, equality, and justice.