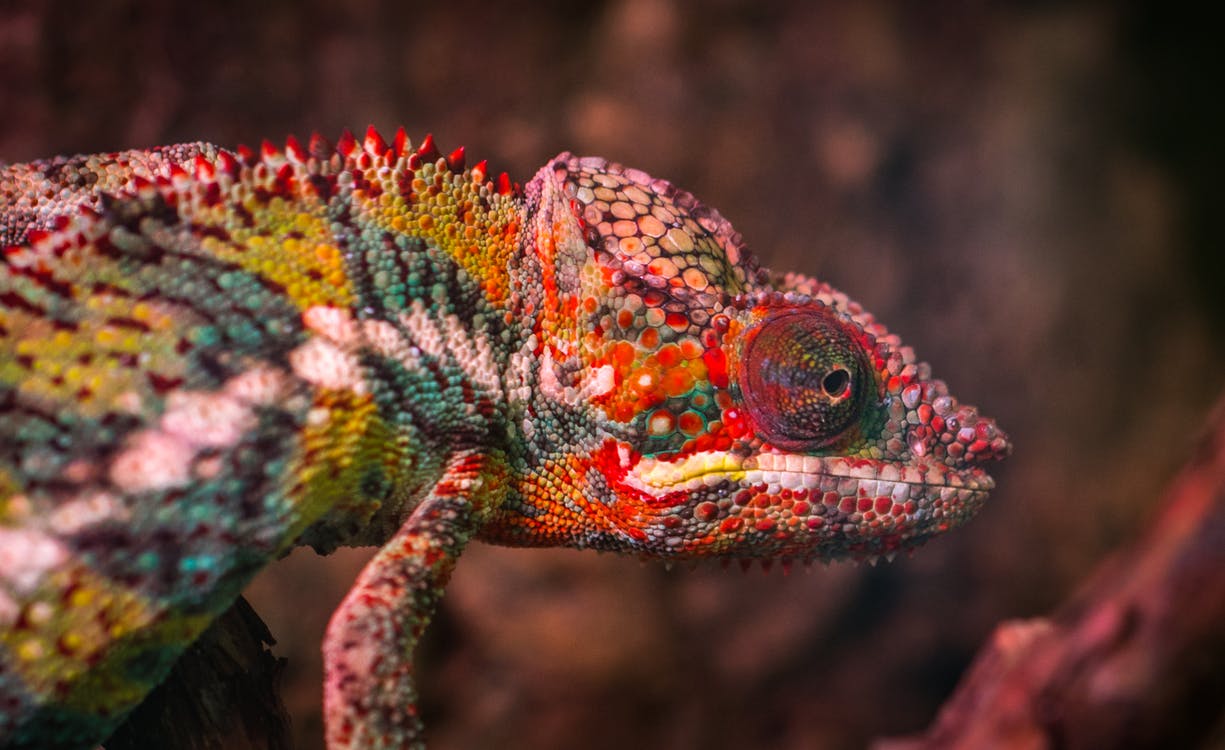 Getting Rid of Lying Lizards

In 1946, C.S. Lewis published a book titled "The Great Divorce," which was not about divorce. The book is an allegory or fantasy about several ghost-like characters who were invited to leave a state of misery and enter into a realm of happiness. The transition involved a bus ride to the celestial mountains. After getting off the bus, the characters had to decide if they were going to continue into the mountains or remain in misery.

One traveler had a red lizard on his shoulder that twitched its tail and whispered in his ear. He attempted to silence the lizard, but the creature persisted, and the man started to turn back. An angelic being approached the man and encouraged him not to give up. The man responded that he had to leave because he could not control his shameful lizard. The angel asked the man if he would like him to quiet the lizard, and the man said "Yes, of course" and the angel reached for the lizard saying, "Then I will kill him."

The man recoiled away saying he just wanted to muffle the lizard, not kill it. The angel insisted that killing it was necessary. The man attempted to make excuses and delays, but the angel persisted until the man finally consented. With burning hands, the angel crushed the lizard as the man cried out and fell back.

Then there was a stunning transformation. The man was filled with light and power and the dead lizard transformed into a silvery stallion. Then the man joyously leaped on the stallion and galloped into the light at the top of the mountain. (pp. 98-103)

In the real world, many of us are like the man with a lizard on his shoulder. We want to avoid misery and have more happiness, but nasty lizards hinder us. Metaphorical lizards come in many forms, but these three evils are especially ruinous:

These three dreadful ways of behaving have severe social and spiritual consequences. Most people hate being lied to, pushed around, and abused. Many secular and religious systems criminalize deceit, coercion, and cruelty.

Most of us have done a few of these things, and noticed that it hurt people, and that it made us feel rotten. There are some among us who regularly do these things and wish they didn't. Sadly, there are a few who like to lie, bully, and torment.

So here we are, trying to shake off lizards of deceit, coercion, and cruelty with no lizard-crushing angels in sight. Fortunately. C.S. Lewis understood this dilemma and helped open our minds to this three-part solution:

It's hard to admit mistakes or misdeeds and even harder to reform. However, most progress with people and things is founded on recognizing errors and making improvements. If we want to be happy and successful, we need to have enough fortitude to recognize and replace bad concepts and habits.

Deceit, coercion, and cruelty are manifested in private and public behaviors. They are damaging to individuals, groups, and nations. Few things are more important than avoiding private or public relationships with lying, controlling, cruel people.

It's easy to see that some individuals, groups, and political parties indulge in and promote deceit, coercion, and cruelty. Hopefully, many of them are getting tired of the misery, and are moving toward getting rid of some nasty shoulder lizards.

When unrepentant lying lizard leaders manage to sneak into important positions, it is imperative that we get rid of them as soon as possible.